As the dust settles on the most contentious and bizarre national election in living memory, many of us are left with a profound dissatisfaction. Having been forced to choose between two elderly, white, male, sexual predators for the umpteenth time, being shamed into choosing ‘harm reduction’, and choosing the ‘lesser of two evils’, how can people of good conscience continue the struggle for equality, freedom, and opportunity that our society promises?

Our federal government, with this man at the helm, will now continue its bipartisan policies of caging brown children, bombing innocent civilians in countries that deny us free reign over their resources, and using dog-whistle code words to quiet dissent among the so-called ‘middle class’. It is as simple as using employer-provided, for-profit medecine to chain us to the bosses, so that the wealthy own the most fundamental parts of our existence: our health. And they will continue to claim that it is too ‘expensive’ to save our society from the catastrophic consequences of global climate change, or too politically difficult. 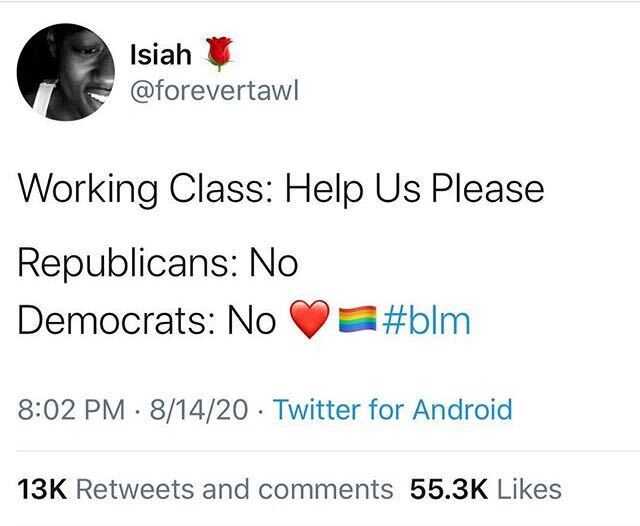 “We have come to this miserable state of affairs in large part because the left has failed to create an alternative to “lesser evils” who, along with the greater evils, have devastated lives and imperiled the planet” New Politics Ed. Board

All of these things seem enormous, overwhelming. That is intentional. The corporate media are controlled by a small number of wealthy people. It is perfectly within their collective interest to ensure that we obsess about national issues, precisely because we know, deep down inside, that we cannot do anything to make change in that arena. At least, not alone.

The answer is, as it has always been, to organize. In an article in the Atlantic, author Eitan Hersh makes a compelling case that power is built through local organizing. A handful of committed, thoughtful organizers can make a big difference in a workplace, municipal government, or local community by working together.

First, by bringing people in: a given campaign aims to make gains for a group of people or cause. Successful or not, some of those people will realise that you are trying to help them and join your movement, whether as voters, participants, or even organizers. Too many among us believe that the government can’t  or shouldn’t benefit them. We must demonstrate that the opposite is true, and bring them in.

Second, by training organizers and leaders: more experienced organizers can run more effective campaigns; building connections with other political organizations, and with community leaders and elected officials, allows organizers to effect change more quickly and easily; and through research about policy, on-the-ground-obstacles, and all the complexity of modern social conditions organizers learn not only how to make positive change, but what are the most effective and appropriate asks.

It’s easy to get caught up in broad sweeping demands, but real change requires workable solutions and specific goals, as well as knowing who has the power/authority to grant those demands, and what it will take to get them to acquiesce to your demands. This could mean interviewing staff at non-profit orgs with similar goals who might be hamstrung by legal requirements to remain non-partisan, or reading reports, statutes, and journalistic sources to familiarize yourself with the topic area. If all we do is signal outrage, we don’t usually need to have a full understanding of the complexities of an issue, since we know our vitriol is unlikely to lead to anything. If we set about to make change, we have a more difficult task, but an altogether more important and satisfying one.

The ongoing global pandemic has stripped the veil from a society not broken, but rather functioning exactly as intended - to render us as desperate and helpless as possible to ensure that we are pliable, weak, and reliant on the crumbs that the powerful leave for us. Prominent ‘Liberal’ voices have urged us to cast votes and then ‘go back to brunch’, disgustingly paternalistic guidance meant to lull us back to sleep.  We have been roused by years of false promises, inspired by rare glimpses of hope in figures like Bernie Sanders, etc. But we cannot wait for a saviour to fix our problems, we must organise to do so ourselves.

As we build power and find solidarity among all the groups cast aside by the powerful in their vacuous hunger for more and more, we can and will bring about the needed revolution. But it starts in your town, in your neighbourhood, with your neighbours, coworkers, and friends. As our chapter co-chair Kendall Dix wrote in this letter to the local newspaper, “mainstream liberals push a narrative that political work only happens a few times a year on election days. As socialists, we know that organizing is a year-round activity.”

So join us. We here at UV DSA are building a coalition of working class people, to bring about a society, an economy, and a government that works for people, not for capital. Isn’t it time you joined the struggle?