The Upper Valley is a regional community centered on the Connecticut River, with towns in both New Hampshire and Vermont. We are the local chapter of the Democratic Socialists of America, a political organizing group focused on improving conditions for all people, everywhere. We believe that working people should run both the economy and society democratically to meet human needs, not to make profits for a few. We are a political and activist organization, not a party; through campus and community-based chapters, DSA members use a variety of tactics, from legislative to direct action, to fight for reforms that empower working people.

You can view our chapter By-Laws here.

Democratic Socialism is about solidarity and working together. The Upper Valley DSA chapter is focusing on building our network of volunteers, activists, and organizers. Only by coming together, especially in these difficult times, can we show people the true meaning of democratic socialism, the harms of capitalism, and the importance of political action. Join us! 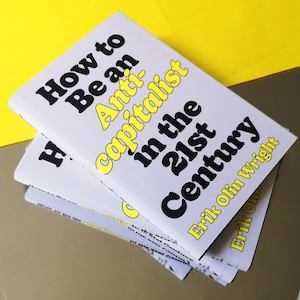 Through collaborative study, reading and book discussion groups, activist speakers and seminars, and other learning opportunities, we seek to discover the best ways to erode and displace the power structures that oppress working people in America and beyond. If you're new to these concepts, or want to know more, there's lots of great resources on the DSA national website.

While individual voting is important, political power is wielded by groups of people who come together to make their voices heard. Democratic Socialism is and has always been about fighting for improved conditions. The Upper Valley DSA organizing committee meets regularly to find opportunities throughout the Upper Valley of VT/NH to build coalitions and pressure government officials to enact more just policies, as well as directly helping those in need, especially in times of crisis. For more information, check out our ongoing campaigns.

The climate crisis is an emergency. The world’s top scientists are saying we have little time to get off fossil fuels. Meanwhile, inequality is already out of control — and rising. We fight for a Green New Deal because it’s the only plan that meets the scale of the crisis, one that puts people and planet over profit to build a more just and sustainable economy. We’re organizing in our workplaces, communities and schools to build the working class movement it will take to win.

Bernie Sanders launched a political revolution and DSA continues to build it, training our chapters to effectively support democratic socialist candidates running for local and state office while lifting up our key issues. We’re also grappling with how to build independent political power to hold elected officials accountable to their constituents rather than the donor class.

Capitalism pits us against each other and workplaces are fundamentally authoritarian unless workers can self-organize and build collective power. This is why people build unions, and why employers undermine them. It is also why the capitalists as a class constantly promote narratives about unions that frame them as unnecessary, undemocratic, or ineffective. We know better, and we’re building worker power in every region of the country.

Health care is a huge segment of our economy and health care access is a deeply and widely felt need. In the capitalist system, you have to pay to get care or go without, but doesn’t have to be this way. In a democratic socialist system, we would collectively provide care as a society. M4A is a stepping stone towards that vision and we’re using this campaign to build a working class base of people fighting for state and national power.